We’re about a 1/4 of the way through!  Glad you’re journeying with us!

This Sunday, after worship, I found myself in one of those conversations I absolutely love.

It had started out simple enough: how was your week?, how’s work?, etc.  But then the friend I was talking with dropped this: “The message today was a tough one for me.”

I had just preached on John 2:1-12 – the story of Jesus revealing his glory for the first time at the wedding at Cana.  Toward the end of the message I had suggested that the servants had taken Mary’s words seriously (do whatever he tells you), and it was their obedience to the voice of Jesus that was the catalyst for transformation (water to wine, as well as increased faith in the disciples).

Back to the conversation.  “The message today was a tough one for me.”

“Well…just exactly what is Jesus telling us to do?  How do we know what he’s saying to us?  I mean…can’t we all point to people who justified their actions (sometimes their terrible actions) by saying ‘God told me to ____’?    So how do we know if it is God talking to us, or just the voice in our head?”

It’s an incredibly important question, isn’t it?  Not only do we want to know what God is saying to us when we’re faced with a major life decision (what school should I send my kids to?; should I take that job?)….but I believe that hearing God’s voice is absolutely central to being a Christian.   We can’t follow Jesus unless we’re able to hear his voice.   Which is to say — the stakes are high.  So how do we do it?  How do we hear God speak, and know it’s God speaking?

Have you ever been at a big party in a small house?  The kind where everyone is standing shoulder to shoulder.  The kind where everyone is talking — no shouting — to the person next to them.  The kind where you have to work really, really hard to hear the person you’re talking to.   I am no good at parties like this because my hearing is a little suspect (it might have to do with blaring House of Pain and other awesome 90s artists while in high school…I’m not sure), and so my only hope is to step outside (literally) to continue the conversation.  It’s only when I’m away from all of the competing voices that I’m able to hear the person I want to hear.

I think this is what it can be like to try to hear God’s voice in the midst of our loud, chaotic lives.  That’s not to say that it can’t be done — in fact, I believe as we develop the skill to hear God’s voice, we’re able to hear it in any circumstance, no matter how loud.  But if we’re just getting started — if we’re just beginning to develop the ability to distinguish God’s voice from all the others — we’re probably wise to step away from the noise.

It’s interesting that this is what Jesus did.  Jesus.

He slipped out of bed early, before anyone else, to pray.  He retreated to the wilderness — to the quiet — to the stillness.

Take a moment and look back at this last week.   Were there any times when you withdrew from the noise and the chaos?  Where were your places of ‘wilderness’ — your times of quiet?

If you can’t point to any — then start to consider where and when these might be for you in the coming week.  Where could you carve out 15 minutes to be quiet and pray?  Do you need to rise early — or step away from the office at lunch?  Find a time and schedule it in (no…seriously…put it on your calendar 🙂

In the next few days, I’ll offer some thoughts on what we can do to discern whether or not it’s God’s voice we’re hearing — but before we get to that, let’s make sure that we’ve put ourselves in a position to listen.  Let’s retreat from the noise – in simple and small ways — so that we can hone in on the one voice we most need to hear.

Here are the guides for January 6-12.

Here’s the reading guide for this week:

These guides are a simple way for us to read through the Gospel of John together.  Each day we’ll move a little further through the story until we reach the end, just after Easter.

In order to worship together with New Life Reformed Church one last time, we will be shifting our gathering time to 10:00am!  Please plan to arrive a little early as the service will not be starting on “branch time”.

There’s something unique that happens when we break away from our normal routines and spend time away.  That’s why we’re so excited to announce our first ever fall retreat — a weekend away for all people at the Branch this November 15-17.

Please note: registration is closed.  If you’re coming — we’re super excited to have you joining us!  If it didn’t work to come this time, don’t worry — this retreat won’t be our first.  Plus, don’t forget that we won’t be worshipping at the building on the 17th.  This means you’ll have the chance   to have a neighbor over for brunch — or visit a friend you haven’t seen in a while — or serve somewhere in the city — or…..

Starting the week of October 20 we’ll be launching a number of short-term small groups. The idea is simple: four households meeting for four consecutive weeks in order to connect and grow.  These groups are for everyone – new to the Branch or ol’-timer, adult or child, and are centered around a meal and a time of short reflection on Sunday’s message.  Groups will be meeting on Friday and Sunday evening.    Sign up by emailing chris@thebranchonline.org by October 18. 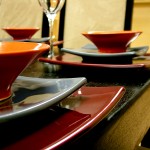 Join the Refugee Mission Circle this Sunday, March 3, at 6:30 for dinner and conversation about this mission circle’s purpose and work.   It’s a great chance to connect with others — hear about what this MC will be doing — and discover how you could join in.  Kids are welcome — no need to bring anything.  RSVP by emailing MatthewZomerlei@gmail.com or MatthewZomerlei@gmail.com 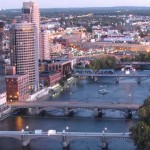 This Friday, March 1st, from 7pm to 9pm at the building our third mission circle invites everyone to an evening of great food and conversation.  Come and learn more about this mission circle, which is interested in helping the arts community — specifically artists — here in Grand Rapids.

At this meal we’ll share more about our first effort as a mission circle: curating a venue for Art Downtown Saturday, April 13. http://www.artdowntowngr.com  If you love art — want to support artists — or are just looking for a community to connect with, you are invited.  Come…join us in mission!  Please RSVP by signing up at the back table or email Nate at nate@thebranchonline.org or Heather Ibrahim at heatheraldridge@msn.com.

Join us on Wednesday, the 13th, from 7-8pm for a unique evening of music, reflection, Scripture and prayer as we begin the season of Lent together.  Childcare birth-PreK provided.

We hope you’ll join us on Friday, February 8th at 6:30 for a chance to enjoy good food, meet new people and catch up with old friends.  Specifically, this meal is a chance to welcome the refugee family from Thapa that our Refugee Mission Circle is working with.  Bring a dish that represents your own ethnic origins — and enjoy a great night together.  No need to sign up – just come!

This September/October, groups of 8-10 adults (and kiddos) will be gathering in homes around GR for four consecutive weeks.  The reason?  Simple: food and relationship.  If you’d be interested in being a host for one of these meals, email chris@thebranchonline.org

As fall settles in and the temperature dips, is there anything better than a warm bowl of soup with friends?  On Friday, November 18, we’ll be enjoying a variety of soups at meal night (meal night is an excuse to get together, share life and good food).  We’ll be at the Navis’ home.  Everyone, including kids, are welcome.  For directions, email info@thebranchonline.org.  Come as early as 6PM, or whenever your schedule allows. 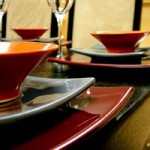 Last year, Beneath the Tree raised $4500 for CREATE — a gift that not only made CREATE 2011possible, but the best year yet.  This November, we hope you will join us in making Beneath the Tree (and therefore CREATE) a huge success.  Here’s how: 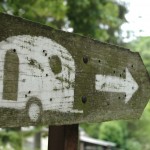 Electric/water sites cost $29/night (plus a $5 reservation fee).  Some full hook-up sites are currently available for $35/night.  Payments to hold sites are due by August 1st.  Please email camping@thebranchonline.org. 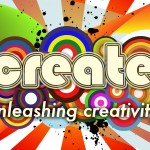 CREATE is our arts camps to Grand Rapids budding artists, August 8-12.  Registration is up and running.  Spots are limited. We also have a convenient paypal button allowing you to pay with a major credit card. If you notice any bugs with our form or process please let us know: create@thebranchonline.org

If you’re looking for info on how to pay for registration, click here.

Next Saturday (May 21) the churches of Alger Heights (Alger Park CRC, the Branch, Church of the Resurrection, Seymour CRC and Tabernacle Community Church)  are coming together to serve our community.  Below are the projects we’ll be tackling and the time choices available.  To sign up: chris@thebranchonline.org

My 2-hour block time of choice is:

My project choice is (please indicate your 1st and 2nd choice by writing the # next to the line item: 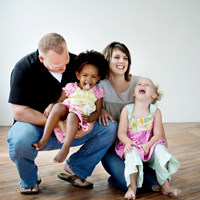 The dinner and silent auction were a huge success (over $5700 raised)!  Thank you to all who participated, but it’s not too late to join the effort.  Donations can still be made, and we have a number of adult and child sized “We Choose Joy” t-shirts for purchase.  Just let us know: info@thebranchonline.org

This week two guys from the Branch starting thinking about Easter — talking about how we could celebrate.  One thing led to another until one of them said, “Wouldn’t it be cool to have a tailgate party on Easter?”   And here we are.

Easter is a celebration, plain and simple — and what says celebration better than a good ol’ tailgate party with friends.  All the details are below.  Join us for what will undoubtedly be a time of laughter and joy!

Start time: 9:30am (but come anytime before worship)

Food provided: Pancakes, sausages, hotdogs, buns, orange juice, soda.  You are welcome to bring something to pass, but it is definitely not required 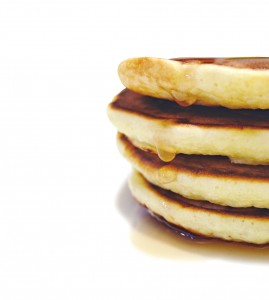